Our President and Vice-Presidents

Our President is Sir Michael Fallon and both Dr David W R Wright MBE, LLD, FCIS and Viv Lawrence are our Vice Presidents 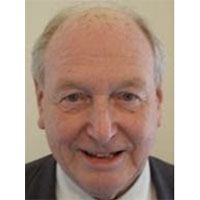 After 36 years’ service David retired in 1991 as Group Company Secretary at Johnson Matthey. He also served as a Director & Company Secretary of a number of their subsidiary companies between 1979 and 1993. A qualified Chartered Secretary David served on its Council between 1983 & 2004 and was President in 1990. David has a long public service record across a number of organisations. He is also a Founder Trustee of the Memorial University of Newfoundland Harlow Campus Trust) and was awarded an Honorary Doctorate of Laws in 1999.

In January 2000 he was awarded an MBE for services to the community of Harlow. His interests include golf, birdwatching, walking, theatre, travel and on the insistence of his late wife Prudence Donaldson Wright, gardening. 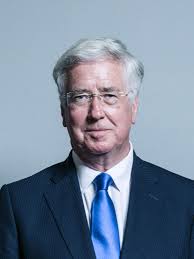 The Right Honourable Sir Michael Fallon KCB has been President of RSBC (formerly the Royal London Society for Blind People) since 2010.

Sir Michael was born in Perth, Scotland, and has studied classics and ancient history from St Andrews University.  He and his wife Wendy have two children and live near Sevenoaks, Kent.  His business career has been as director of several social care companies including Quality Care Homes PLC, Just Learning Ltd and Attendo AB.

Sir Michael was MP for Sevenoaks from 1997 until 2019, and previously MP for Darlington from 1983 to 1992.  He served as Minister under four Prime Ministers: as Schools Minister in the governments of Margaret Thatcher and John Major; as Business and Energy Minister under David Cameron; and then Secretary of State for Defence under David Cameron and Theresa May. He retired from Parliament at the last general election.

Sir Michael is now a non-executive director of several companies, and patron or president of various local charities.   He continues to write and broadcast on defence and foreign policy. 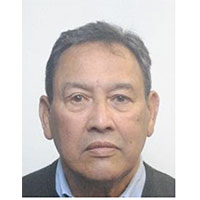 Viv Lawrence studied business and human resources and spent his formative working career in the public sector in an industrial relations department. He moved into the private sector working in sales for companies like Axa, Equity & Law and Schroders. He moved into recruitment in 1977 and founded his own business in 1994. Viv retired in 2007.

Viv has been involved with the charity sector through a charity linked to his old school and he became a Vice-President of the Royal Society for Blind Children following his retirement as a trustee in October 2014.

This website uses cookies to improve your experience while you navigate through the website. Out of these, the cookies that are categorized as necessary are stored on your browser as they are essential for the working of basic functionalities of the website. We also use third-party cookies that help us analyze and understand how you use this website. These cookies will be stored in your browser only with your consent. You also have the option to opt-out of these cookies. But opting out of some of these cookies may affect your browsing experience.
Necessary Always Enabled